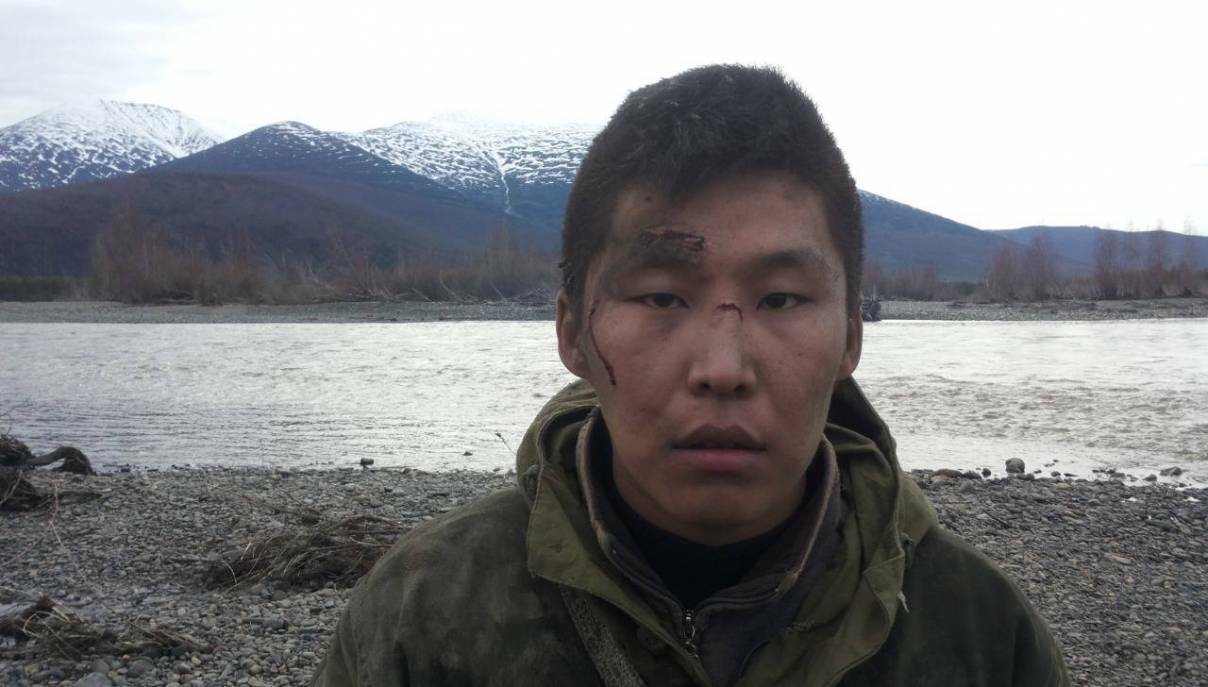 Making of Helicopter: how it got all the main awards at Kinoshok film festival

The Yakut film Helicopter by Mikhail Lukachevskyi became the big winner with a total of four awards at Kinoshok Film Festival.

In early October, the action drama Helicopter directed by Mikhail Lukachevskyi became the winner of the Kinoshok festival. Due to the filming of a new film, the director was unable to attend the award ceremony. Upon arrival, during a press conference, the film's producer and screenwriter Innokenty Vasiliev-Legentei presented the Golden Vine award to Mikhail Lukachevskyi. The film also won the prize for best director, the Alexander Knyazhinsky Prize for best cinematography, as well as a press diploma.

Lukachevsky's creative path began in 2010 with the Kinoshock. He presented his first short film "Premonition" at the film festival, which he shot with cameraman Semyon Amanatov on Kodak film. Then the film went largely unnoticed. But 11 years later, the director received all the awards of the film festival.

I then got all dressed up: I put on a white shirt and trousers. At the gala dinner, everyone confused me with the waiter. And now everyone has a completely different attitude to the Yakut cinema. I guess I got my revenge." Lukachevskyi shared.

The filming of Helicopter began in 2015. The screenwriter and producer of the film Legentei sold his car, took out loans, but these funds were not enough for filming. The project had to be suspended, but throughout all these years, as soon as they got some money, they came back to work. The filmmakers were afraid that the problem raised in the film would lose its relevance. Moreover, there were more serious challenges: the lack of tickets, inaccessible villages, lack of quality medicine, power outages.

Legentei wrote the film script based on the real stories of the inhabitants of his native village in the Verkhoyansky district. Before the film festival, he showed the film to his fellow villagers who live in Yakutsk, and everyone agreed that nothing had changed, and it was still incredibly difficult to get to their village.

“In 2013, like all residents of the republic, I was shocked by the news about the crash of a Mil Mi-8 helicopter with 28 passengers in Ust-Yansky district. Helicopters fly in the Arctic districts only when enough people are willing to fly to these remote regions. This issue did not let me go for a long time. And in 2014, I collected the stories of my relatives and relatives about the accident, and wrote a story. I gave it to my friend Mikhail Lukachevskyi to read. He immediately offered me to make a film and said: "You will have more enemies after this film." I dedicated the story to my daughters so that they would know how their father grew up. I certainly wouldn't be able to convey the whole problem of the North with a song or a poem." Legentei said.

The actors who played the lead roles, Gavril Menkyarov and Inga Leonova

Helicopter is an action drama that develops into a survival-thriller. It is about a young family with an infant (Gavril Menkyarov and Inga Leonova). They visit elderly parents living in a remote northern village. Suddenly their child gets dysentery. There are no necessary medicines in the village, the telephone line was cut off, and the roads were washed away by the spring flood. Young father Vanya decides to get to the district center on his own to call a sanitary flight to the village. But the road ahead is long and dangerous.

"This was my most extreme shooting. At that time, I didn't even think about how dangerous it was. We filmed in early May, the water was icy-cold. My legs were freezing," actor Gavril Menkyarov shared.

"What Gavril did was a truly heroic act. He did well in a scene with immersion in the icy water," the film's producer Lyubov Borisova recalled. “Some of the scenes were filmed in the spring in Oymyakonsky district, there was still snow in some places. According to the script, his hero had to cross a dangerous mountain river on horseback during the flood. We filmed it for a long time, with takes, from various angles. While Gavril dived into the water again and again, we stood on the shore in winter jackets. We heated the water on the fire and poured warm water under his wetsuit between takes. Gavril’s legs cramped from the cold, but he played the role to the end and never complained. Not every actor is capable of this. Inga also did well."

Inga Leonova on the set of the film

"The filming in the water was the most difficult. When they were shooting the first take, I didn't even notice the piercing cold, they pulled me out of the water and immediately covered me with deer skin. Then the director came up and said: "Inga, you're doing great, but we need to shoot another take. So get it together and do your best." Getting into the icy water for the second time was much scarier and harder," Inga Leonova recalled. It was her debut role.

The late Galina Tikhonova, who was busy with other projects, suggested Inga for the leading role.

"Words cannot express how grateful I am to my friend Galina Tikhonova. Once we met with her, and she said: "There is a cool ambitious project, it will definitely be successful, and I see you in it. Lukachevskyi is the director of the film. Don't you want to audition for it?” I said that I wouldn’t be able to do it. She said: “Don't be silly, I see only you in this role, you will definitely do it!” It was a very interesting experience with a wonderful team. My friend Galina was right when she talked about the great future of this film." Inga said.

Gavril Menkyarov on the set of the film

Critics and viewers of Kinoshok describe Helicopter and Yakut cinema as sincere and inflexible, as the character of the film protagonist.

Cameraman Yuri Lyubshin, who presented the Kinoshok award for best cinematography to Semyon Amanatov, compared the picture with the Oscar-winning Survivor by Alejandro Gonzalez Inarritu. However, Legentei claims that he did not know anything about Survivor when he was writing the film script. He simply could not, because the film starring Leonardo DiCaprio was released in Russia in early 2016, a year after the start of filming of the Yakut picture. Helicopter will be released on February 17, 2022 in Yakutia.

Kinoshok is an open Russian film festival of the CIS and Baltic countries. It has been held annually in September in Anapa since 1992 and is one of the largest film festivals in Russia. This year marked its 30th anniversary. The jury members evaluated not only Russian, but also films from Uzbekistan, Tajikistan, Kyrgyzstan, and Estonia.

Four nominations were presented at the festival: best feature film, best short film, best TV films, and best children's live action and animation film. The main award of the Golden Vine Festival is given for the best feature film. In 2019, the Uzbek film Hot Bread received this award.